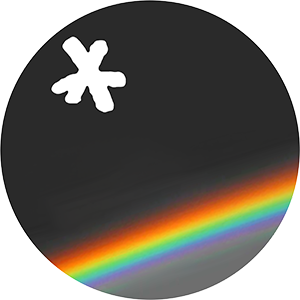 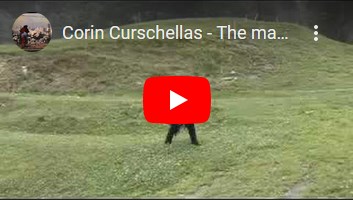 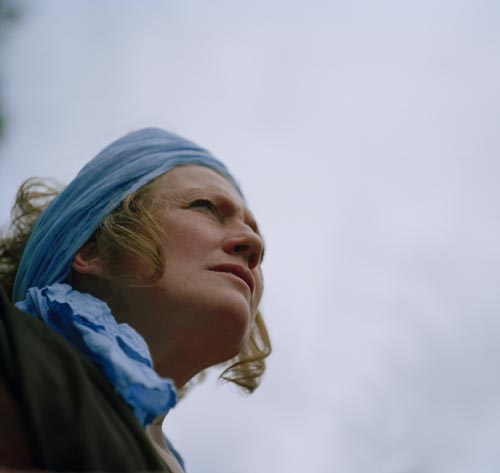 The extremely rare mineral Grischunit is coloured at once brilliant copper and rather pedestrian metallic grey. The mineral, buried in the earth of Graubünden (Grisons) for millions of years, was discovered only a few decades ago: a singular mystery of Rhaetian Switzerland to be found nowhere else on the planet. That singer Corin Curschellas has named her album after this mineral gives rise to a compelling symbolism: her art is deeply rooted in the earth, and its discovery is exciting. And – last but not least – the stone’s patronage highlights the unique nature of her songs: using one of its least-spoken languages, she boldly bridges the gap between central Europe and the Hudson River.

Conventional job descriptions aren’t much use for this woman: singer-songwriter, musician, composer, theatre and film actor – all find their place on Corin Curschellas’ artistic resume. Growing up in Chur, her homelife was polyglotic from the start: her father is Rhaeto-Romanic, her mother Swiss-German from Grisons; both parents spoke French with each other just as naturally. After stage school in Zürich she spent time in Berlin, London, Barcelona and Paris and travelled through both Europe and the planet’s remaining continents. These journeys led her along parallel streets of the regional and the global, building a network between home and other places.

An enthusiasm for collaboration has led her to work with Walter Lietha, the "Godfather of Swiss music", her contemporary from Bern, Christine Lauterburg, the eCHo Project and Max Lässers Überlandorchester, as well as musicians from every corner of the world: the internationally active Global Vocal Meeting and the Eygptian Musicians of the Nile. And she has always been willing to speak the language of jazz and avant garde masters including the Vienna Art Orchestra, Steve Argüelles, Nguyen Lê, Richard Bona, Benoît Delbeqc, Christian Marclay etc. but above all the New York scene around Peter Scherer and Marc Ribot. For her Romansh songs in particular, these long-time collaborators have proved themselves first-class soundsmiths – and here, they do so again.

Corin Curschellas first launched Romansh poetry onto the world stage in 1996 as "Voices of Rumantsch", establishing herself in the modern ambience. "Valdun" represented a fixed point within her varied creative output. Musicians from the Big Apple, Brazil and the European metropolises of Paris, London created a global playground for the Romansh verse. After twelve years, Corin now returns to this fixed point, under changed augurs. On Grischunit she focuses on five fellow musicians, creating a unified band sound. The essence of her songs can as such be more easily grasped.

"As before, I thought, what do my Romanic poet friends tell me?", explains Curschellas, "I didn’t give them a unified theme apart from the fact that I wanted the verse to be deep and calm, no hectic elements. The album was supposed to be like a wide river, a flow that is well-established". The call of the river has been followed by many: the famous Linard Bardill, who enriched both Swiss-German and Rhaeto-Romanic musical heritage and bard and author of children’s songs to orchestral works. The poetry and short story specialist Fabiola Carigiet, and Thomas Cathomen from Grisons, raised in Mexico-City and Breil, Switzerland. The canon of

Grischunit’s authors includes various generations: the deceased padre Alexander Lozza and the up-and-coming author Arno Camenisch. And naturally, the proved talents of accompanist Benedetto Vigne were at Corin Curschellas’ side providing texts and co-composing music. Lyrics were written in the three Romansh idioms: Sursilvan, Surmiran and Vallader as well as the recently established artificial main language: Rumantsch Grischun. According to Curschellas, "I’m not the voice of any one valley and their idiom. I want my voice to belong to everyone!"

With rudimentary sounds from piano, ukulele and dulcimer, the songs began their journey across the Atlantic in order that Swiss-American keyboardist and producer Peter Scherer create their appropriate soundscapes. After he had prepared the sounds, they met for recordings in Brooklyn. For Corin Curschellas "it was like being in the eye of the storm. Around us, there was this hurricane, this buzz, the pulse of New York which races at a high frequency by day and night. And we were in there, completely slowed down. But just this created a special energy: on the one hand me, whose tendency to avoid cities is increasing with age, on the other hand the people from New York with their tangible urban background which brings with it a passion and an artistry which leads them to play 100% accurately." This "burning" was especially tangible with Marc Ribot, whose guitar is almost a second voice on Grischunit. Across a broad palette from clear, crystalline notes to rattling organs, Peter Scherer creates diverse aural spheres while Shahzad Ismaily’s bass produces tones both earthy and lyrical and Matt Johnson added soft strokes of the brush as well as gripping rock drums. At the centre is Corin’s self-proclaimed "natural voice": untreated, internal and visionary, it delivers lyrics from the heart with a doughty spirit and no affected artistry.

Balladesque road movies, spiritual wanderings and dreams, echoes of the blues, of country rock and of course the New York’s experimental vocabulary: on Grischunit all are bound up into a grandiose cycle. With Latin-flair and Ribots crack-pot noise guitar "Ina Buna Per Tai" tells of a kiss sent by a dead man to his wife through the glow of the fireplace. With "Porta Porta", local politics is addressed, specifically the Porta Alpina, a station planned for the Gotthard tunnel, which here transmutes to a metaphor for spiritual openness and visionary connections. In "La Canzun Nova Da Ziteil", Curschellas sings of the pilgrimages of mountain farmers and elevates there piety to a level which, in encompassing and transcending confession, becomes poignant. And the astonishingly bluesy "Pinada": initially almost a Romansh reading of Curtis Mayfields "People Get Ready" in the bridge wait writer Leo Tuor biting comments on today’s dog-eat-dog society. Up until the fantastic final of "Che Di, Che Not" – the hymn to the rising sun gets under the skin – she holds the listener prisoner. And so this work ends with a significant atmosphere of departure: "I had this beautiful picture in my head; I could jump into the Cresta Lake right here, and emerge in the Hudson River" explains Curschellas. "Obviously, I could have taken Swiss musicians. But I wanted to catapult myself out and become part of the universal language of music, to make my songs easier to understand and to avoid creating folklore". And in doing this, she has also done much to ensure that the Romansh language is not lost. For this singular vocal sorceress from Graubünden (Grisons) it is important that Romansh (Rumantsch) does not remain a fossilised imprint of Latin, "a thread of Roman toga that got caught on the Alps" as she puts it. No – this language is the living sound of all the yearning, hope, dreams and joy of the people in these valleys and on these mountains – not in some forgotten corner of the world, but at the centre of Europe. And in the songs of Grischunit all of this awakes in a multiplicity of voices. 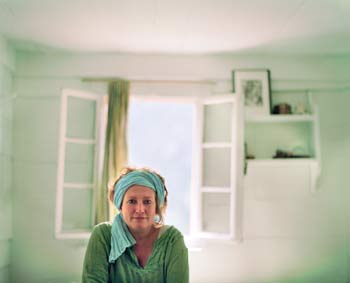